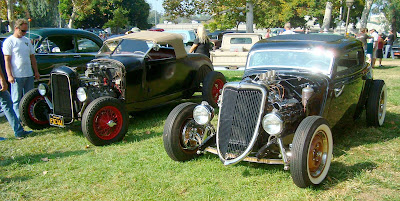 Whoa boy! What a day --Daytons & I had a great time. We met lots of new people and made a lot of chit-chat. Several buddies of Bill Bair were amazed & relieved that his car was around, and as they remembered it. 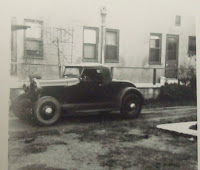 A friend of Bill's named Richard, told me that Bill told him, he bought the car in 1939. 1939! My jaw dropped to think bill owned the car for... 64 years! Which makes me wonder if that seemingly random old picture of plain Model A parked on the side of the road, is in fact Daytons before WWII. This is that picture:

Back to the show --The weather was fine with some fog earlier in the morning, the birds were out and so were hot rods! Super cars were there, as well as some super famous --as every year. Tom Branch and his gold '32, the Burbank Choppers club never miss it, and Chris Casny -- to which I was happy to finally be acquainted with. But I was most impressed by a couple of fresh hot rods at the show for the first time. 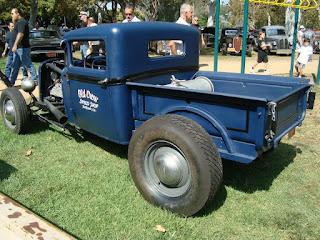 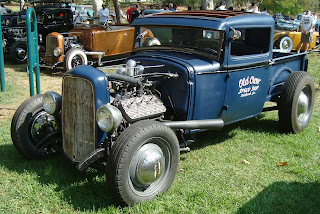 Lucky Burton's Model A pick-up has a lot of real vintage parts. Including Weiand F.R. heads, intake, & fuel block, & big'n'little Firestone dirt track tires. I remember the gas tank spin-off cap, it was on the '27 T he once owned. 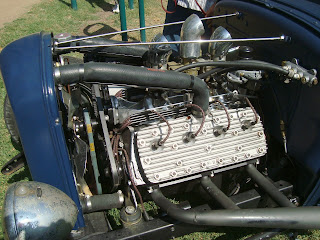 I was also captivated by this Ford track-T. I never met the owner, but I'll guess his middle name is 'Louver'. 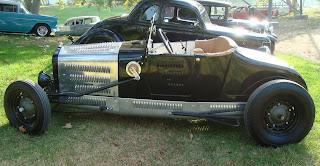 It's a little overboard with the holes, what is being vented in the doors? But the rest of the car was nice. Halibrand quick-change rear, Nerf bars on the radius arms, hand-made aluminum hood, deck lid & belly pan, Schroeder steering box, and a liberal use of tan leather throughout. 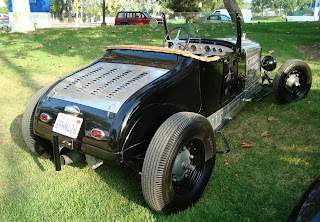 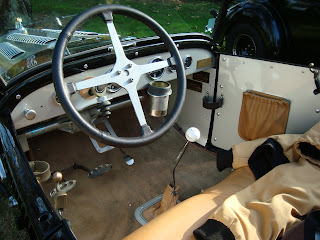 Jim Foltz and family came a little later, he parked right next to Daytons so we could compare our Long Beach leaded cowls. 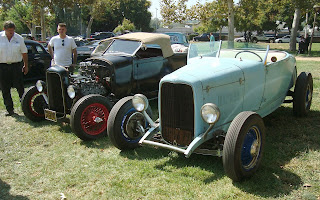 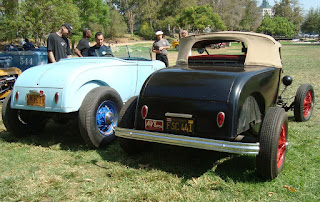 Throttler's Picnic is the best, little show in town. Burbank once again proves it still is the 'heart' of hot rodding today, as it was 60 years ago.

There are a lot more pictures here: www.donshotrodpage.net
Posted by AJ Elias