I really wish I could have stood further back for a wider view of the mess I can create in a weekend. 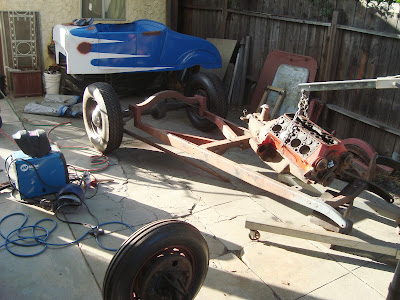 To be able to weld on the frame requires completely taking apart the car, only having to put the car completely back together before the sun goes down on Sunday.  Monday through Friday the heap of parts has to be covered. It's to shield against the elements --not to mention it's a barrier from the nation's "Second dirtiest city (Los Angeles) in the US." according to an article my wife read in the NY Times today.  Bakersfield being the #1 dirtiest in America.  Good for Bakersfield, how often are they #1 at anything.

Not having a garage is a drag to say the least.  I'm still happy to have a secure place to build car. But seeing some people's garages can depress me.

By the way, it only takes two to lift the whole body off and onto a table.  It weighs about 200-250 pounds I'm guessing.
Posted by AJ Elias 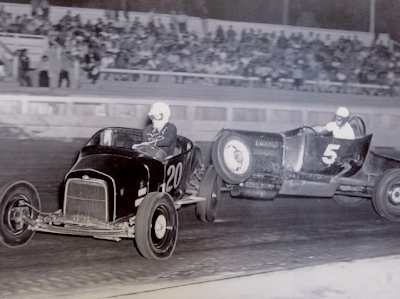 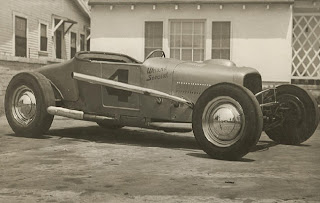 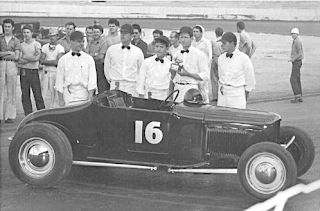 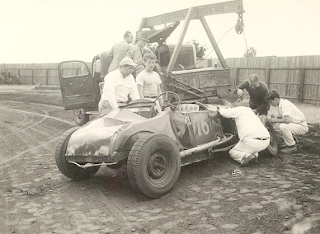 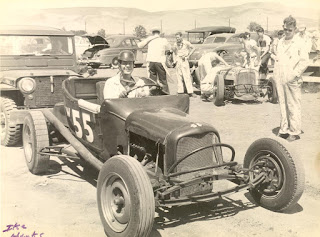 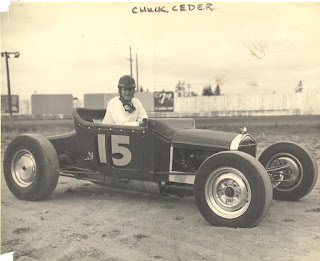 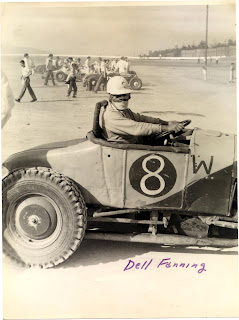 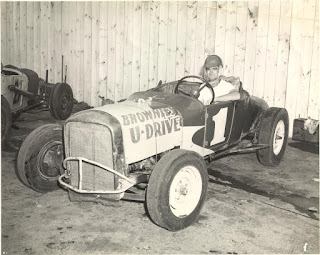 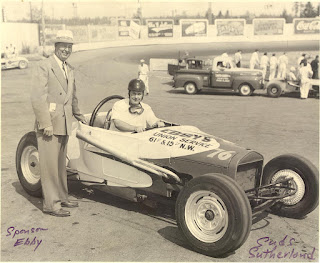 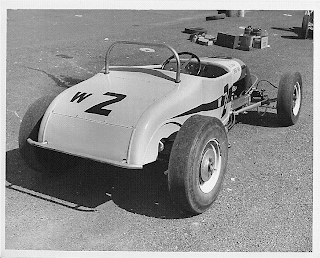 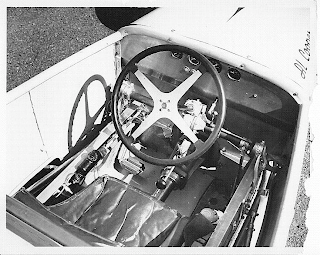 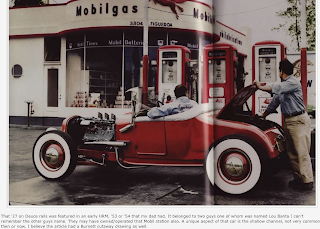 New 'Stones for the T 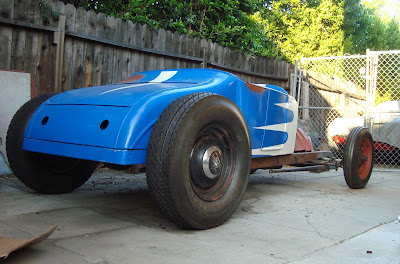 My plan for yesterday was to post pictures of the T with the new tires.  I got a little sidetracked, thanks to Ryan and the HAMB. The Hot Rod Disorder got more views yesterday then all of September & October combined.  As well as three new public followers and I hope a few more bookmarks --welcome aboard guys, I'll try to keep you entertained.  And to everybody else, thanks for sticking with me. 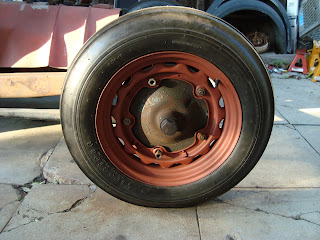 On Sunday I got a few minutes to repair the new tire tube I busted and re-mount the front tire on the rim.  I could then put all the tires on the T for a look-see.  The other wheels in older posts were only temporary rollers, your average 16x4" wide-5.  These wheels you see today are the ones I really had to search for patiently. 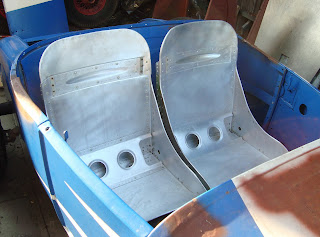 The difference in size is immense! It's really pushing the boundaries of what was used in the 1950's.  Fortunately both tires were available back then. But really only the richest race teams could have afforded the newest Firestone offerings in race tires.  Your average 'run-what-you-brung' kid at the track drove in on hand grooved, balding, second-hand tires --or so I've seen in pictures.

You may also have noticed the car has seats now.  Yes, they are real WWII fighter plane seats, or "bomber seats".  I bought a matching pair from an aircraft restorer.  One good seat is hard enough to find, a matching pair? Nearly impossible... nearly.
As good as they look together, they don't both fit into a tiny T roadster cab.  If this were a '32, they'd be swimming with all that space!  But if you'll remember, I'll only need one, it's a "race car".  So I'll save the other seat for my next racer. 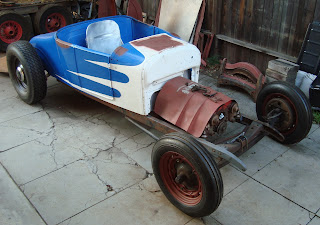 The key to making these tires look good is ride-height, the car has to be low. These tires are almost too intense, but they are growing on me.
Posted by AJ Elias

Ed Gallagher Is Building A 32 Roadster

I have mentioned it before, my personal good friend Ed (and fellow A-V8ers member) is building his very own 32 roadster hot rod.  It's going to be a full-on traditional ride, of course.  He's staring with an og. deuce frame.

I originally met Ed at Bob's Big Boy in Burbank just after he bought his first '28 roadster.  I was well along in the build of my first Model A/V8 at the time and we struck accord over our same tastes in Fords.  To his dismay, Ed is currently stuck in Denver Colorado.  But he will return to LA someday he says, he  loves it here.

Now that Ed has graduated to 32s and he has just begun documenting it in "So You Want To Build A 32 Roadster?", click the name to read his blog.  Then bookmark it, and follow along as he builds it from the ground up. 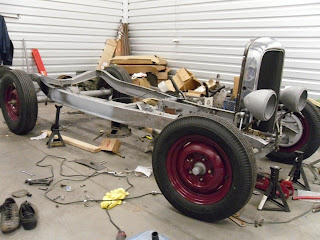 My Survivor on the H.A.M.B.

I receive a high honor today from Ryan, the creator & proprietor of the Jalopy Journal "Hokey Ass Message Board", or the HAMB for short. I have spent many hours reading and contributing to discussions in the forum, and made a few new friend as well. So being the center of attention, even for a short time, feels pretty cool to say the least.

I have to thank Ryan for taking time to write about "Daytons".  Not many receive this honor, I am one of the very lucky few.

Click here to read the whole article... if you haven't already. 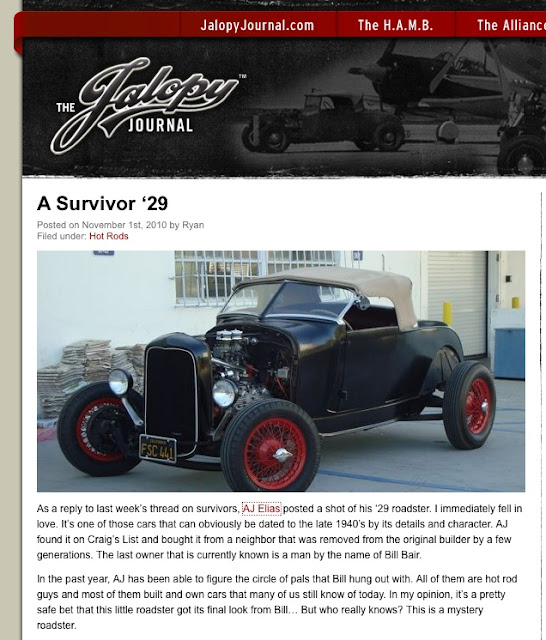 To read more about the car, you may also want to click on the picture of it in the column on the left.
Posted by AJ Elias