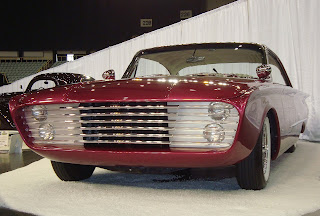 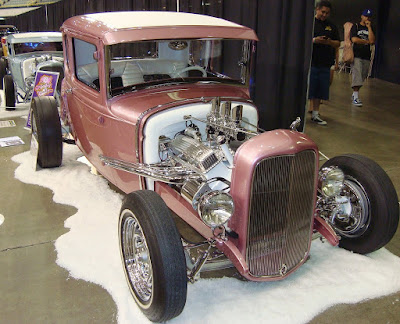 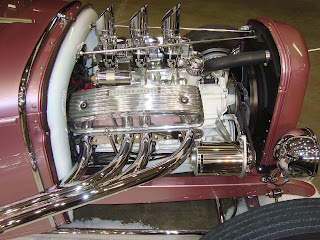 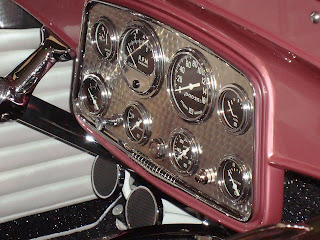 This is a video Ed Gallagher shot (I was there). Ed, using his mad editing skills, also put the video together beautifully. The car is a roadster pick-up (RPU) he & I built in our spare time. Notice my A-bone is in the a couple of scenes. Our buddy Cesario Tio owns it now, he's a member of the AV8ers too. He has kept it looking the same.
Posted by AJ Elias 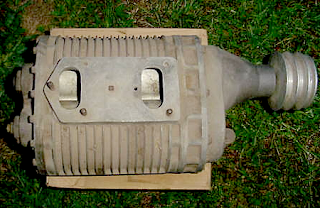 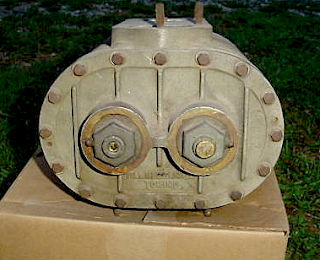 It ended at $3750, still a great price for such a rare and celebrated piece of hot rodding history. In fact I've seen lesser SCoT blowers marked for double what this sold for. And this being older & rarer!

Labels: about your driver, parts

Building the T is getting exciting! While my friend Ed Gallagher in Denver is building his 32 roadster, I felt I needed to push forward on the T.

Work continued this Labor Day weekend. I used a scrap Model A frame for cross-member supports, they are extremely strong and should help stiffen the frame.

As you can see, I’m avoiding boxing the frame. Boxing frames is a newer construction technique; it was uncommon in the hot rod heyday and so will not make into my racecar. My goal is 100% vintage or hand-made parts --save for a maintenance parts like bushings, tires, filters, or little things like fasteners. 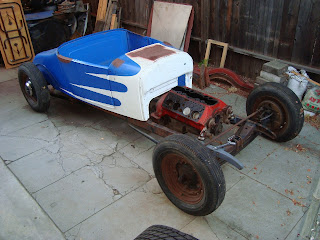 I also took some time to trim the blue T body to fit the frame. Two-thirds of the trunk floor is now missing so the rear kick-up has somewhere to go. The hot rodder I bought the body from also had a ramshackle steel framework in the cowl to support a sprint style aluminum steering box. I removed that and a floor supports also made of steel tube.
Now the body is lighter and more stock then when I bought it. The car is going to be a simple track car devoid on many trinkets & gizmos. 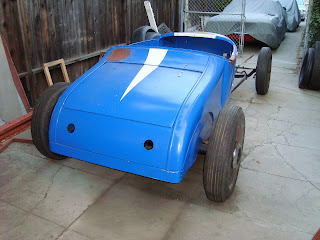