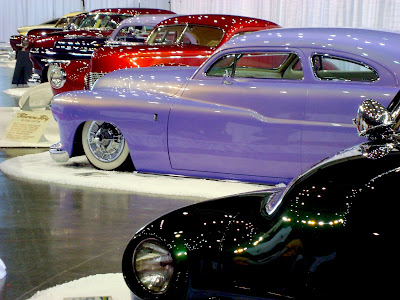 The second-annual (reborn) Long Beach Motorama seemed to be an improvement over last year's.  Although I thought last year it was pretty great.  The attendance was larger, the displays bigger, and the cars even glossier!
The weather couldn't be better --Saturday was sunny and hot!  Despite a few drops on Friday's opening day, the grassy parking drive-in area was quite full with all sorts. But first, the indoor cars:

Now I can't show you every car, so I'll show you some of my best shots. 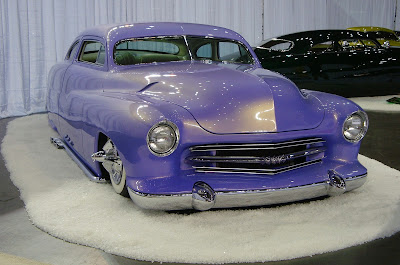 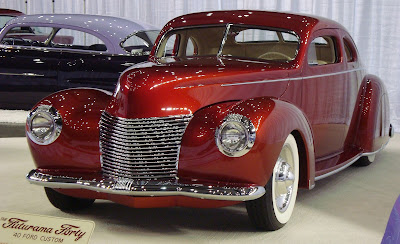 I'm not really a customs-guy, but nobody can say the don't like any of these cars.  I mean each one was truly rolling art work. 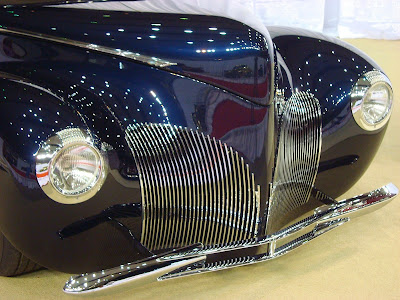 Of course it's also a hot rod show... 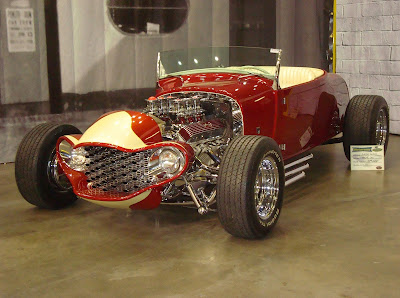 The king of the hot rods itself, the Barris built 'Emperor'.  The original owner was Charles Kirkorian, today by Blackie Gejian. 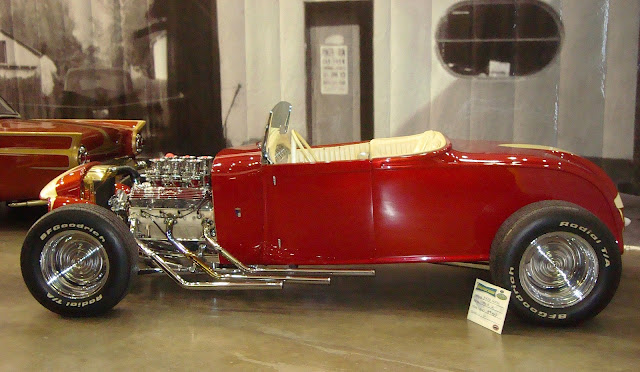 Once winning America's Most Beautiful Roadster, and one of my personal favorites. 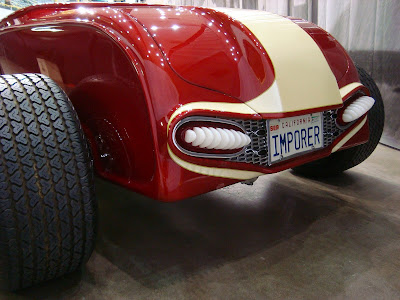 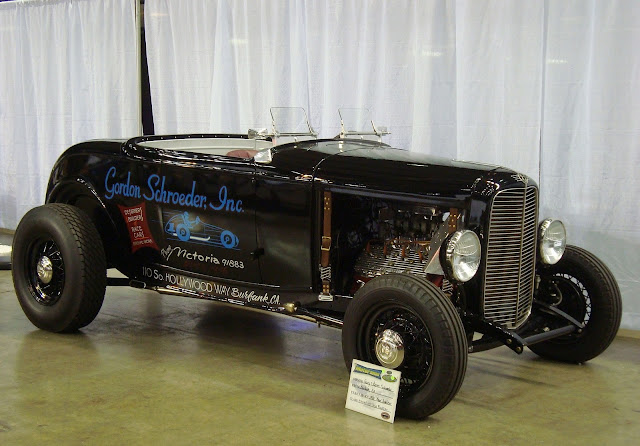 Gary & Karen Schroeder's 1932 roadster, one of my new favorite cars.  Gary has used a lot of components his company makes, like front & rear torsion-bar suspension, and a sprint car steering box.  The car is bristling with one-off machined parts as well as many vintage items, as seen on the dash for instance. 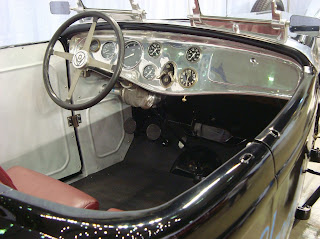 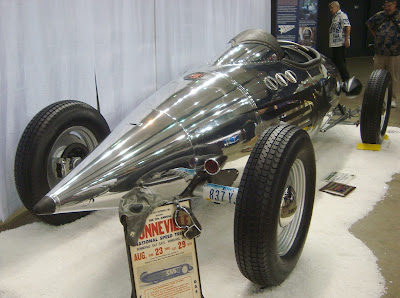 A car that piqued my interest was this lakester built from the wing-tip fuel nacelle of a Lockheed Constellation.  The inner frame is steel with a aluminum skin, the 700+ gallon tank was found in Canada and was used for water storage before it was a car. 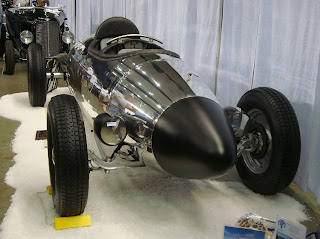 The car is registered for street driving as a 1917 Crow brand automobile, but has nothing really to do with a Crow except to used the V.I.N.  The lakester seats two in tandem, and used many aircraft parts as well as numerous custom parts like the 20" wheels. 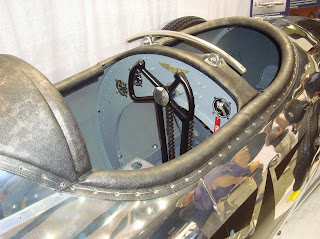 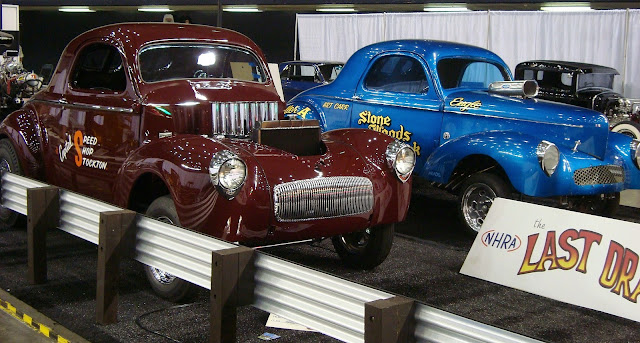 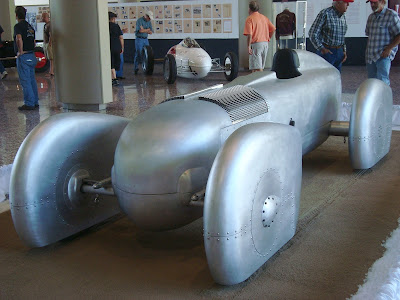 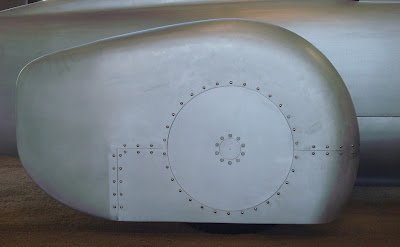 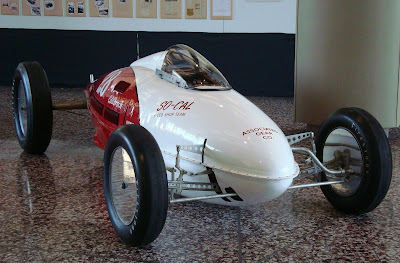 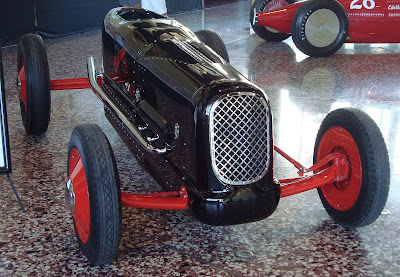 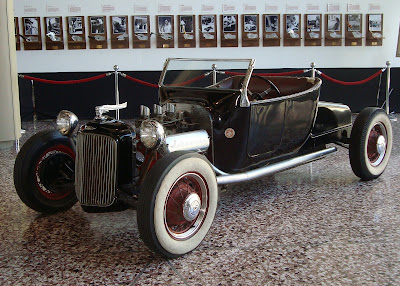 Spectators can get right up and literally smell the history! 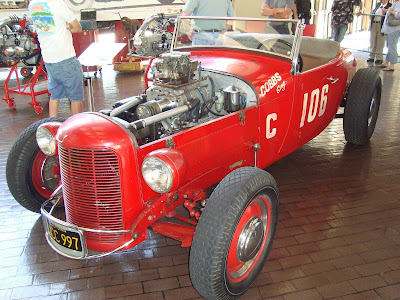 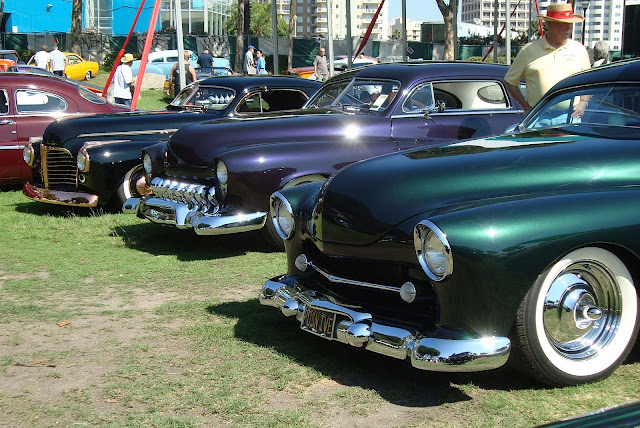 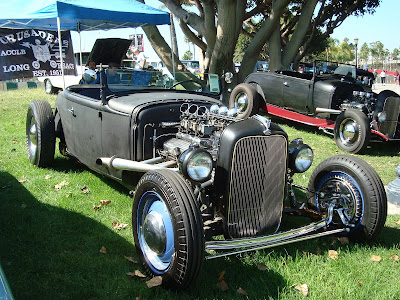 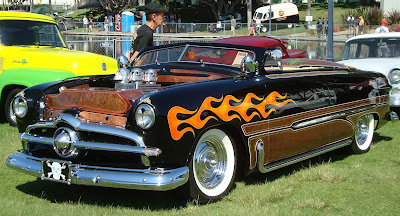 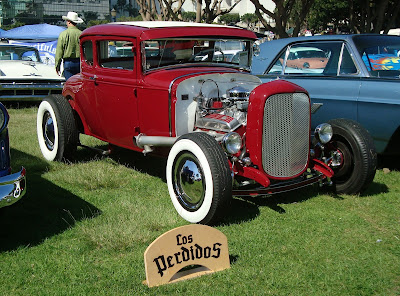 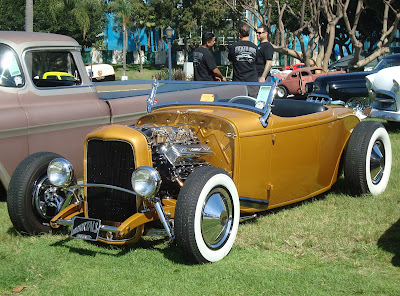 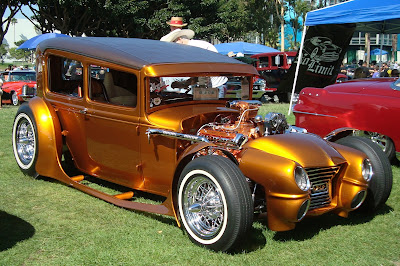 Until next year.
Posted by AJ Elias