If you've ever been to LA and missed going to the Petersen Automotive Museum, you missed something good.  But If you are a member of the museum and never been to the open house, well then you should be in bed crying later!

Tonight, my wife Wendy & I went to the annual open house for members only.  This event is worth the small price of a yearly membership alone.  This is the only place on Earth with a true melting-pot of world class cars!  And it's basement is open for view only once a year to us regular folk.

Nowhere else on Earth will you find a 1925 Rolls Royce Round-Door Phantom parked next to a beat up shell of a Muntz Jet.  Or the Doane Spencer roadster keeping company with a gold plated Delorean. AMBR winners, Big Daddy Roth cars, solar cars, Kurtis midget racers --dream cars for everybody!  I'm not exaggerating either. 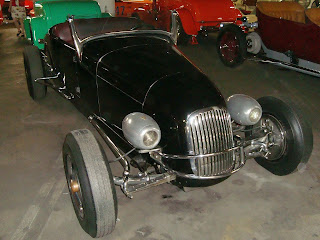 I spend a good 15 minutes with the only car I really wanted to see, Frank Mack's Model T.  I was told it wasn't in the basement, and there it was in a dark area near the front.  This was the first time I've seen it in person.  I was happy. 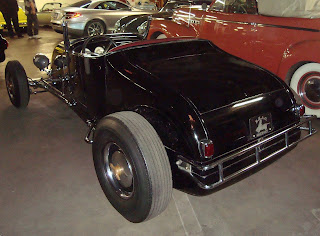 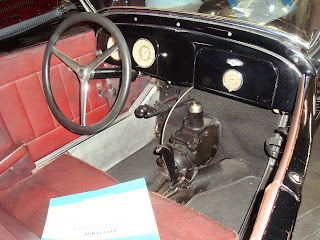 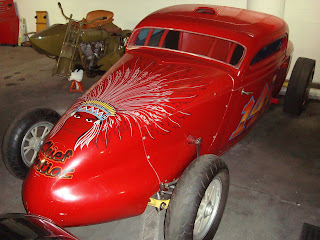 I've never seen this slammed coupe before, I'd like to know who's it was.

Unlike the cars on display up top, cars down in the basement don't have info placards. 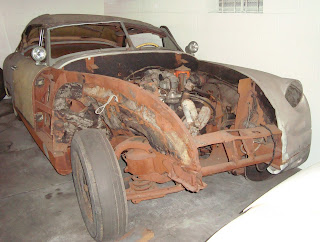 This is one of two Muntz Jets in in storage, this one was the bad one. 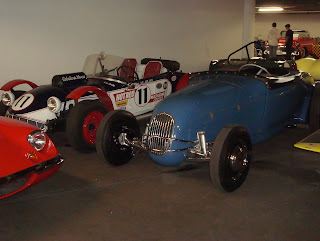 You might know these two hot rods.  Yes, those are the original ones!  Stacked down here as if they were just parked at the mall.  Actually, they are usually on display.  But the Phil Hill exhibit is in theirs, and the Doane Spencer 32, place at the moment. 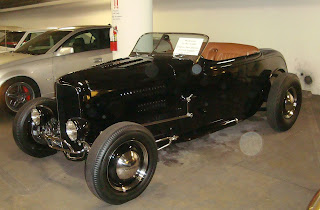 I didn't see Bruce Meyer there this evening. Let's just assume he has full access to the basement anytime he wants. 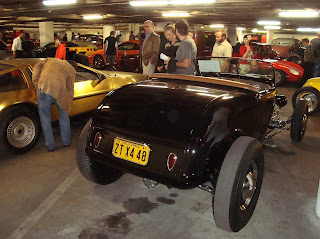 Cars not good enough to display in the museum?


There were over 100 vehicles the public will never see down there. Priceless cars to the mundane! I wish I could share what I was feeling with you, but I'm no Wayne Carini. 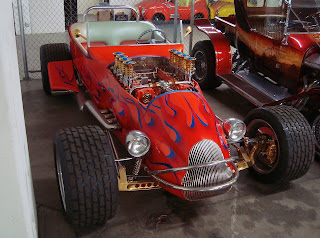 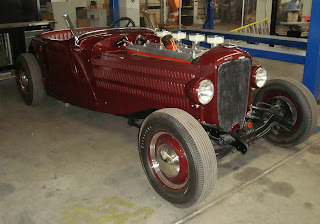 This one was a jaw dropper.  I've never seen this car before either.  It an obvious vintage hot rod no doubt.  But it's half Ford, half Duesenberg, at least I think so.  Duesy engine & grill, modified Ford body, suspension, frame.  Four Stromburg carbs, BLC headlights, Chevy taillights --standard hot rod parts. 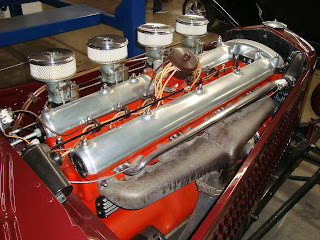 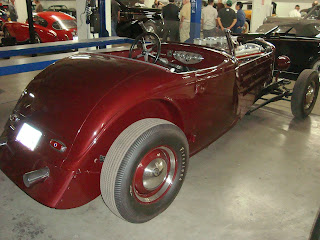 I did a little searching online, and only one old photo popped up, really no other info.  I could tell this was done in the 40s/50s, hmmm. 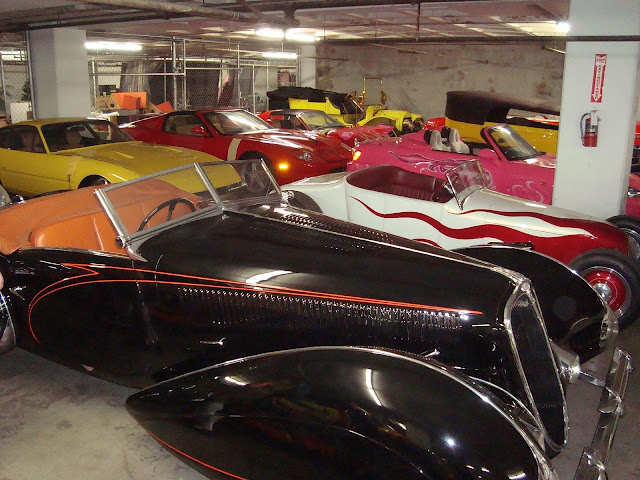 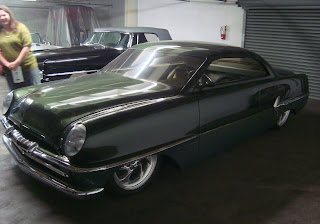 'Sniper' is its name, many of you should remember it --this custom was a game changer.  Now it's way in the back in the basement next to the Elvira's '58 Thunderbird. 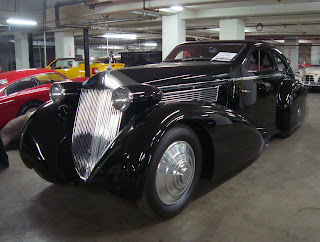 This is it, right off the Pebble Beach lawn --1925 Rolls Round-Door Phantom.  One of the coolest cars you'll never see.


Johnny Rockets was treating guests to milkshakes, as if the night couldn't get any better.
Posted by AJ Elias