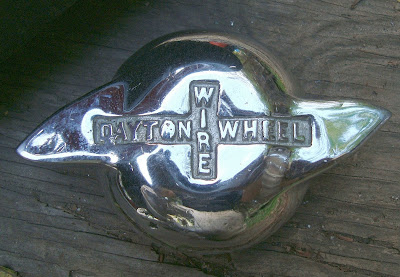 I have received a personal request that I share some details about the Dayton Wire Wheels mounted on the hot rod… called ‘Daytons’. Fred wants to see how & what mounts them to the axles. I have to oblige him because I don’t get many requests. Actually this is my first --thank you Fred.
First a little history lesson:
"Founded in 1916, Dayton Wire Wheel was quick to establish itself as a premier designer and manufacturer of wire wheels. The company continues to design products today.
From the beginning, Dayton Wire Wheel set a high quality standard for the automotive industry. The Wright Brothers depended on Dayton Wire Wheel, Henry Ford chose Daytons, as did Charles Lindburg for the Spirit of St. Louis. Auburn, Cord and Duesenberg rode on Daytons, along with nearly thirty other makes. Dayton Wire Wheels were also put to the test for thirty years of racing in the Indianapolis 500. Many British and Italian sports car owners choose Daytons, and lowriders hop and dance on Daytons. Street rod designers and builders have discovered Daytons and Harley-Davidson owners ride on American Wire Wheels made by Dayton."
Earlier, I contacted Dayton Wire Wheels to see if the serial numbers stamped on the hubs could shed light on the exact age of the parts. Unfortunately, all records from this time period were lost, but they could tell that they were made previously to WWII. I also had the opportunity to speak with Pete Eastwood on an occasion. He’s an authority of vintage parts, and also a race car driver. Pete placed them from the late 30’s early 40’s era as well. 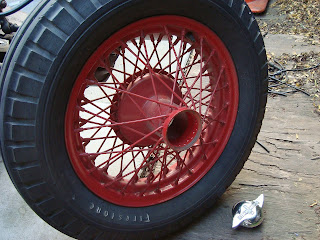 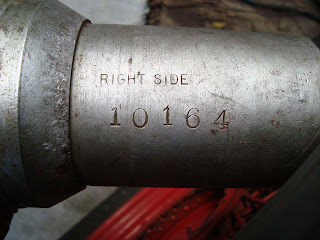 Once popular with most forms of racing, the particular wheel on my hot rod are today relegated only nostalgic or exhibition racing. And while Daytons made today serve as a novelty on customs and low riders, they are making a comeback in some street rod circles. In fact, the 2009 Detroit Autorama Ridler award winner, “Duecenberg” wore Daytons.
The only tool you need to mount & dismount a wheel is a lead hammer. Friction does the rest by keeping the cap on and thus the wheel. It also takes a little trust in 90-year-old technology. Three diameters of tooth patterns were manufactured, 6", 7", & 8". This car uses the 6" pattern. 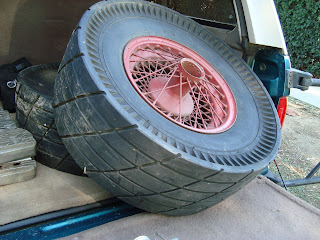 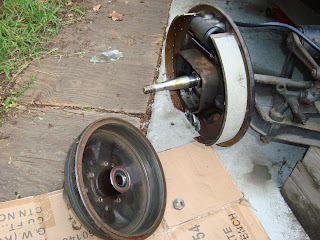 You have to hammer the cap on until it no longer spins. Then re-tighten after 25 miles of driving. Right & left side caps spin on & off differently to prevent loosening while driving.
There was a lot of planning, some welding, and smidge of machining to mount the adapters to the 40’s ford drums. I may never know who did the actual work, but it looks to be sound craftsmanship. Perhaps it was Bill after all. The downside of having such cool wheels, is that the mounting adapters make it even harder to remove the brake drums then it is normally! 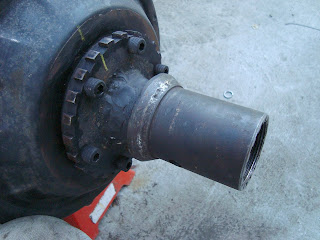 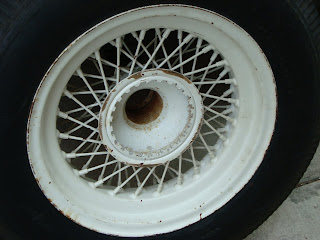 Finding replacement parts, like a caps for instance, would be nearly impossible. So extra care & handling has to be taken at every step.
Few people would do what it takes to adapt these wheels to a Ford today, that’s one of the reasons this car is so special. 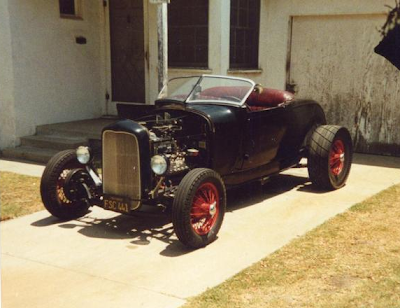