Plans were in the works for a steering arm for the T roadster for a while.  The arm had to elevate the drag link high enough to clear the front shock.  I have the steering box inside of the cowl, so it is a bit inboard unlike most other cars where it's outside the frame.  Normally shock clearance wouldn't be an issue. 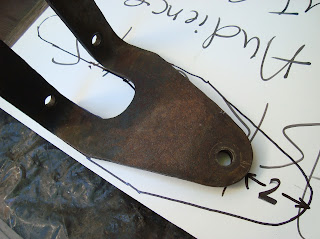 Factoring in that the drag link should be parallel with the hairpin radius arms to stave off bump-steer, my steering arm has got to be plenty tall.  It's a lot to think about when making a seemingly simple part.


I'm using this vintage arm I got off the HAMB classifieds. I know it's old because I've seen it for sale in 50s catalogs.  Plus it's identical to Dayton's (except for the chrome). 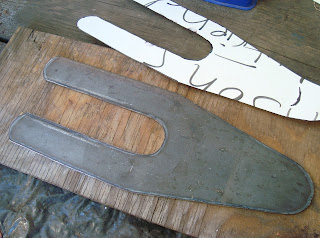 Because the arm will be up at a 45º, I added 2" to the template to compensate for the latitude. 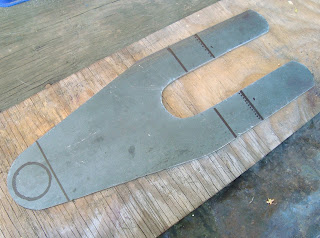 Comparing it to the old steering arm, I marked points where I should heat bend it. 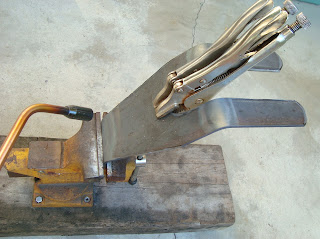 Using the rosebud attachment on my oxy/acetylene torch, heat bending this was probably the quickest part of this project.
The rosebud tip heats the steel to a dull orange glow in less then 1 minute.  It's done so quickly & easily, one is left wondering why doesn't everybody have one of these! 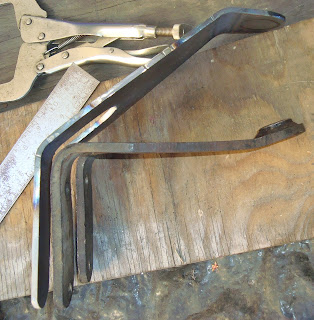 Now you are sort of seeing where this is going. 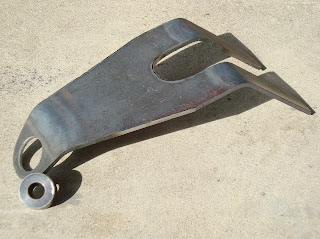 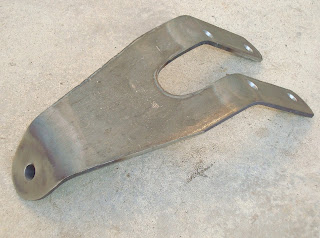 Like the hairpin frame brackets I made in an earlier blog post, I'm using Speedway Motors tapered-hole 'shock eye' for the tie-rod end attachment.

Simply MIG welded in and then ground smooth with my new Makita grinder. 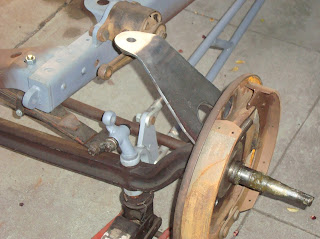 Lots of height --more then enough to clear that shock, etc. 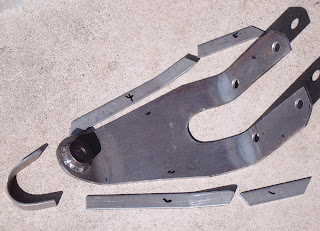 Here is that strengthening I mention earlier.  It is 1/8" steel bar bent and filed to fit the perimeter.

I'm coping something I saw on a sprint car I thought looked good in Gary Schroeder's workshop. 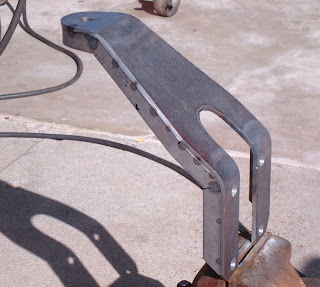 Tacked on strips before fully welding, now you get the idea of what the finished product will be.

Now, imagine it fully smoothed and chrome plated!  Are you as excited and I am?
Posted by AJ Elias