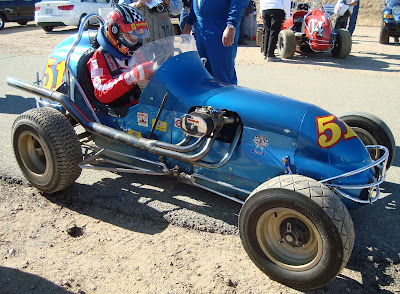 It's a rare opportunity to get to see vintage sprint cars race around a track.  And for me, it was my first time seeing sprints or midgets run, ever. 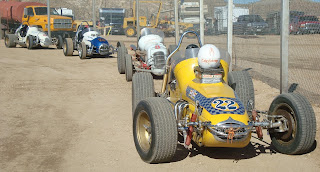 November 25-26 was the 19th Annual Walt James Classic hosted by the Western Racing Association (WRA).  It's held every year at Willow Spring Motorsport Park in beautiful Rosamond, CA, just over the Kern County line.  Among the 7 races courses at the venerable Willow Springs is Walt James Stadium --a 3/8-mile clay surfaced track with no walls, perfect for track-roadsters, Sprints, and Midgets. 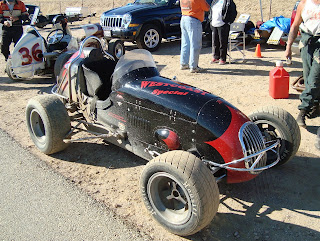 This was an awesome sight to see.  Although it wasn't  a real competition, all these people were really here to do was celebrate these old racing cars with a go around just for show & fun. Owners get to drive their pride-and-joy for about 10 minutes before another class of car gets their turn, in a rotation that lasts until dark  Nobody get hurt and the cars get to do what was meant of them: get dirty, or at least that's the plan. 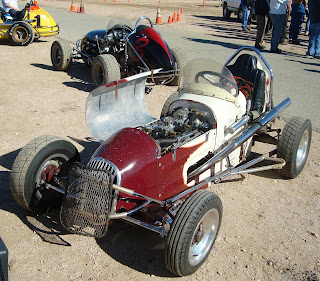 Awesome cars were all around. Vintage racers from the 30s to the 60s.  With Halibrands, V8-60s, Hilborn injectors, long tail pipes, nerf bars, chrome & aluminum galore!

I really went to see how they were made, but I saw so much more. 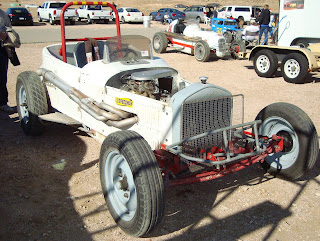 Fortunately there was one vintage track roadster there.  It's a '27 Ford with Dodge turtle-deck, on an Model A frame, Ford suspension parts, ans a highly modified Ford 4-banger.  It had an airplane seat and a real Bell steering wheel.

The owner also owns the vintage sprint car behind it.  These were the two roughest cars there, can you believe it? 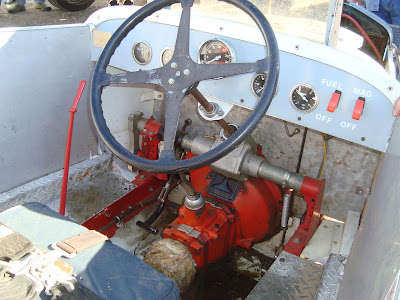 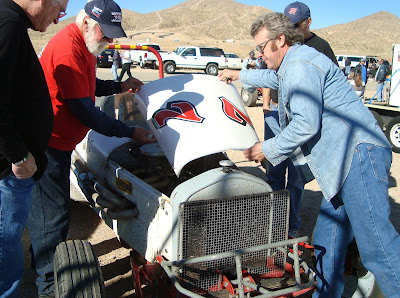 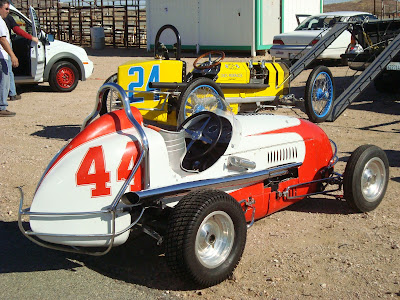 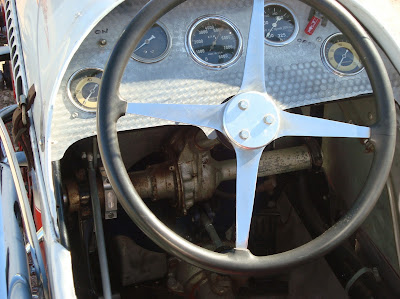 The driving was intense!  Not really.

The cars had to maintain distance from one another or be black-flagged.  But that didn't stop them from going fast and kicking up some dust! 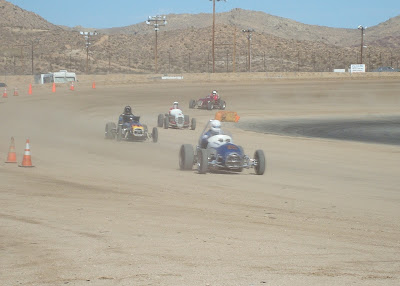 Even with all the cautiousness an accident did accrue.  Late in the day two sprints tangle tires, spun around and got airborne for a short distance.  Flattening the tire on one car at least, denting the other.  No one was hurt, just some bruised egos I guess. 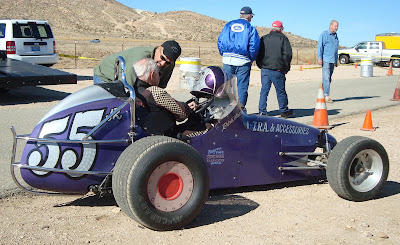