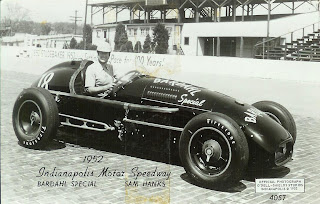 Sam Hanks, legendary racer and Indy Hall of Fame member, started racing midget cars as a teenager in the early 1930's. Moving on to Indy cars in 1949, he eventually won The Indianapolis 500, a dream fulfilled in 1957.


Hanks, one of our first hot rodders, built his very own Offenhauser powered midget in 1935 and started winning soon after. 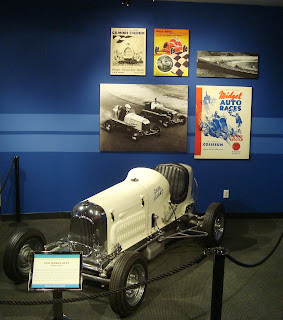 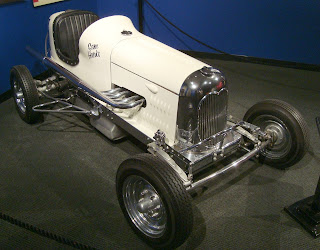 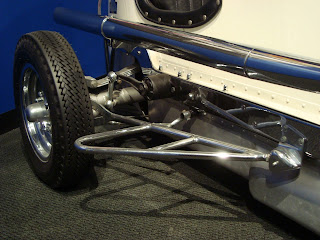 Why my interest in this car?  Well, it's got a lot of great looking parts right on the outside.  Still on my suspension kick, I had to take some shots of hairpins & chrome. 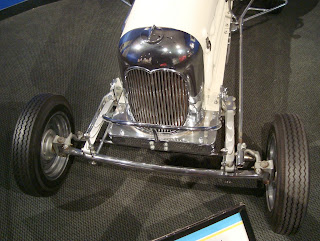 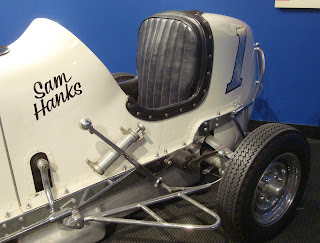 Left hand actuated clutch rod on the outside of the body.  Also a the fuel pressure hand pump. 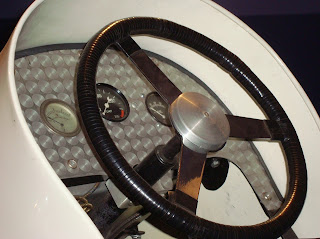 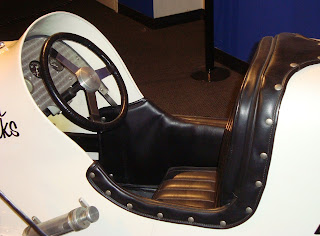 I recognize the center water temp gauge as 1940's Stewart Warner, the other two gauges look older.  The steering box is a Franklin. The steering wheel, a racing type which may have been made custom made and wrapped in rubber & tape.

A common practice before racing wheels were marketed, was to make wheel out of a large circular saw blade. Cut spokes from the center & a rim.  Then slit a hose to make a something to grip on to, and secure it with tape.

Sam Hanks fought in WWII, before returned to racing and winning the AAA National Midget Championship in 1949.
Posted by AJ Elias